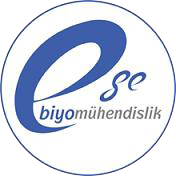 Engineering, in general uses mathematics, physics and chemistry for the purpose of developing new technologies and services to improve the living standards of societies. In this aspect, bioengineering is a discipline that applies engineering principles to biological systems.

Bioengineering employs the knowledge and expertise in a number of pure and applied sciences such as, mass and heat transfer, kinetics, biocatalysts, biomechanics, separation, and purification processes, bioreactor design, surface science, fluid mechanics, thermodynamics, and materials science which constitute the fundamentals of engineering and couples it with knowledge in biological sciences such as genetics, molecular biology, protein chemistry, cytology, neurobiology, immunology and pharmacology.  It exploits the new developments in these fields and applies them to understand and mimic living systems to bring solutions to societal challenges of the modern world.

Bioengineering also plays a growing role in the discovery and development of new medicines, advanced therapies, diagnostics and vaccines. The common knowledge base relating to living organisms and ecosystems is producing new scientific disciplines such as genomics and bioinformatics and novel applications, such as gene testing and regeneration of human organs or tissues. These, in turn, offer the prospect of application with potentially profound impact on societies and economies, far beyond uses such as genetically modified plant crops.

The Department of Bioengineering, which was established in the year 2000 at Ege University is the first and a unique model of its kind in Turkey. Its rapid development and progress would have been impossible without the expertise and infrastructure that was accumulated over fifteen years through Ege University Biotechnology Centre and Biotechnology Multidisciplinary Postgraduate Programme, which formed the basis of this new department.